The current Civil Supplies Minister in the YSRCP government Kodali Venkateswara Rao (Nani) stirred up a controversy when he questioned the necessity of seeking declaration at Tirumala temple if such religious practices are not mandatory at mosques, churches, and other religious places of worship.

Kodali Nani attacked TDP Supremo Chandrababu Naidu asking why he remained silent on this issue when he was the Chief Minister of the state. Nobody has the right to question the Chief Minister – Y.S. Jagan Mohan Reddy, whenever he visits a temple, mosque, church, as he prays to God with utmost faith. In the heat of the moment, the Minister admitted that the former AP CM Naidu had himself demanded a CBI inquiry into the matter.

Minister Nani has suggested such rules must be changed if at all they exist. Kodali Nani demanded a discussion on it and insisted that people of repute from within the Hindu community should opine on the matter.

He has alleged that TDP, BJP, and Jana Sena are trying to prove that they are champions of the Hindu community. It is no coincidence that the current government in Andhra Pradesh has already been under immense pressure from members of the Hindu community including priests, seers, and even NRIs for its lack of concern towards Hindu temples.

As if the minister’s comments at the party headquarters on the matter of faith declaration prior to worshipping Lord Venkateswara were not enough, Kodali Nani spoke about arrogance among some institutions within the State, hinting towards the judiciary.

TDP, BJP, and JSP have all condemned YSRCP leader and Minister of Civil Supplies Kodali Nani’s comments. Even the AP Sadhu Parishat has demanded an apology from the Minister. Describing the statements of the Minister as ‘rubbing salt on the wounds’ of Hindus, whose sentiments were already hurt due to the series of attacks on temples, the AP Sadhu Parishat President demanded an immediate and unconditional apology from the Minister.

In a press conference, TDP demanded a declaration of reverence for Lord Venkateswara to be given by Jagan at TTD. Former Minister and Senior TDP leader K.S. Jawahar asked the Chief Minister not to hurt the sentiments of millions of Hindus across Andhra Pradesh by visiting the temple and violating the norms by not signing a declaration. 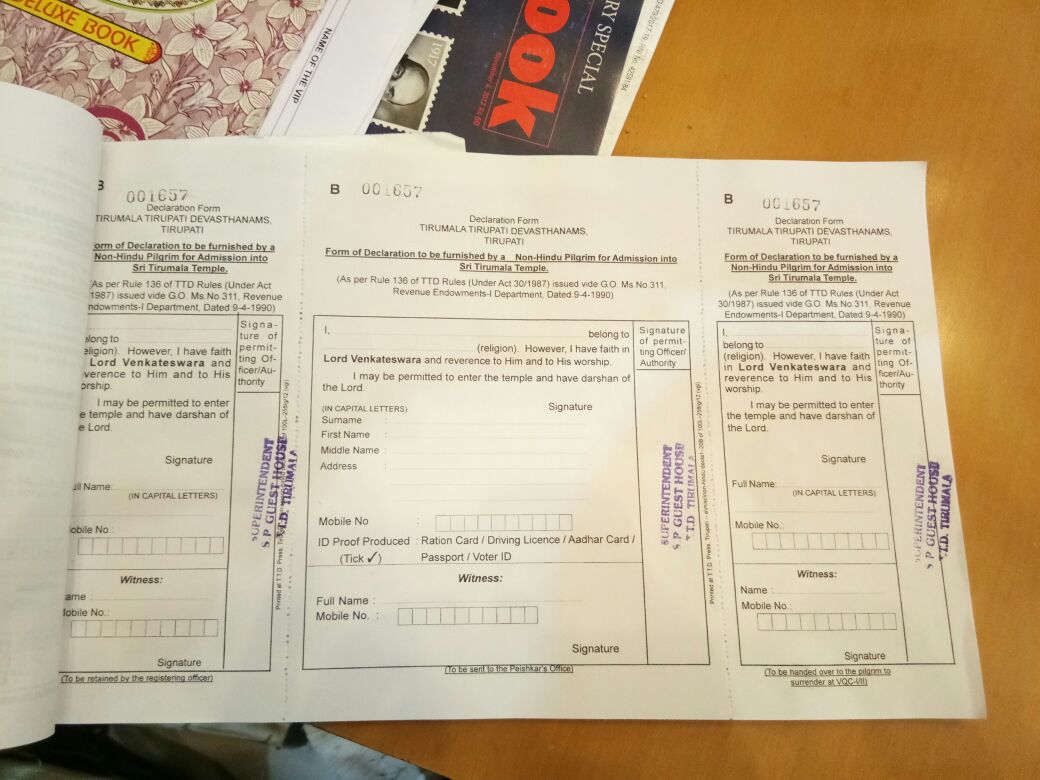 Even before Jagan Mohan Reddy became Chief Minister of Andhra Pradesh, his visits to Tirumala were mired with controversies, mostly for not signing the register meant for the people of other religions. Signing the register meant declaring that the person has faith in Lord Venkateswara. Signing the register and submitting a faith declaration form is mandated by G.O. Ms. No: 311 of the Revenue Department given in 1990 which inserted Section 136 in the TTD Rules. Some reports indicated that despite the temple staff insisting, Jagan has refused to sign the register during his previous visits.

It is rumored TTD Chairman and Jagan’s uncle, Y.V. Subbareddy abolished the mandatory declaration rule which led to the outrage among the crores of devotees of Lord Venkateswara across the globe. This was done arbitrarily because no board resolution was passed to this effect.

Coronavirus: AP’s Rising Trajectory Is A Cause For Worry

Abuse of power, take over of Sangam Dairy

Is JSP Chief a Puppet in BJP Hands...

Ahead of the upcoming Tirupati by-polls, Jagan’s criminal...

AP Truth is a platform that stands up for what is right and what is wrong. We pride ourselves in speaking our truth and holding accountable the people in-charge. AP Truth focuses on the aspects of economy, governance, law and order, politics, and society in Andhra Pradesh.